"History Should Be Honest" - The FAIR Act 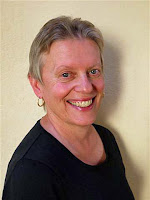 History Repeats Itself with The FAIR Act by Ruth Dell

On July 13, 2011, Governor Jerry Brown signed the FAIR (Fair, Accurate, Inclusive and Respectful) Education Act, authored by our state senator, Mark Leno. The law provides that the historical contributions of lesbian, gay, bisexual and transgender (LGBT) people and disabled individuals be accurately and fairly portrayed in public school instructional materials. LGBT and disabled people are being added to an existing list of underrepresented cultural and ethnic groups that California already requires to be recognized in instructional materials, including Native Americans, Mexican Americans, African Americans and Asian Americans. In his signing statement, Governor Brown said, “History should be honest.”

In 1966, California conservatives were outraged when our state board of education adopted a new junior high school textbook. They claimed that the book’s inclusion of a discussion of the civil rights movement and an expanded section on important African Americans would indoctrinate students undermine religious values, and politicize the curriculum. Now, of course, it is commonplace and non-controversial in California for schools to recognize the contributions of Dr. Martin Luther King, Jr. and other African Americans and to celebrate Black History Month.

Sadly, on July 15, 2011, the Capitol Resource Institute (CRI), a Sacramento-based right-wing organization that has long opposed gay rights, announced its intention to start a voter referendum to repeal the bill. Whether or not CRI can garner the 500,000 signatures required for the ballot remains to be seen. But the institute is acting within a dangerous tradition that seeks to promote to schoolchildren a vision of America that is both inaccurate and harmful.

The arguments for excluding LGBT history simply do not withstand scrutiny. The Traditional Values Coalition stated that the FAIR Act will be a “pro homosexual promotion tool” and be used to “indoctrinate children.” Teaching history, of course, is not indoctrination. How does studying the life and accomplishments of San Francisco politician Harvey Milk constitute indoctrination? How would learning that Aaron Copland, composer of such American classics as “Appalachian Spring” and “Rodeo” is gay, indoctrinate students? There is no reason for students not to learn about the Proposition 8 case, which addresses the constitutionality of prohibiting gay marriage and is currently on appeal in the 9th Circuit.

In contrast to the unpersuasive arguments against the FAIR Act, there are compelling reasons to support it. Inclusive history lessons may lead to safer outcomes for students. Our state and country has tragically seen an upsurge in the number of bullied LGBT teens who have committed suicide. Hopefully, a complete teaching of history can help these students feel a greater part of their schools and communities. Shannon Minter, legal director at the National Center for Lesbian Rights, stated that the FAIR Act “is about breaking a very damaging cycle of silence and stigma… for the first time, we will have a generation of LGBT youth who are growing up seeing themselves reflected and included in public institutions.”

Opposition to acknowledging LGBT rights in instructional materials rarely stands alone as an issue; it is usually linked to an extreme right wing agenda. Texas exemplifies this. In 2010, Texas adopted the following social studies standards: Jefferson Davis (president of the Confederacy) deserves equal billing as President Abraham Lincoln; the National Rifle Association deserves praise for upholding the U.S. Constitution (no discussion of a contrary view of the Second Amendment), all references to President Obama should include his middle name, Hussein. The guidelines took out references to Thurgood Marshall (the first African American U.S. Supreme Court Justice) and Cesar Chavez (Hispanic farm worker and community leader) - this in a state where the majority of students are of color. The guidelines were primarily written by a dentist, and derided by conservative and liberal historians alike. Texas guidelines for health are also historically inaccurate - Texas is required to teach that marriage is only between a man and a woman; this in a country where six states and Washington, D.C. recognize marriage equality.

Californians should be proud that we are the first in the nation to specifically include the contributions of LGBT people in public school materials. We were also one of the first states, in 1948, to recognize that people of different races had the right to marry one another. The U.S. Supreme Court did not reach this conclusion until 1967; today, one in fifteen married people in this country is married to someone of a different race. Someday, hopefully soon, the inclusion of LGBT history will be the standard everywhere and seen for what it is - acknowledging ALL the people that contribute to our great nation, gay and straight.

Ruth Dell (pictured) is a retired attorney who volunteers for Spectrum and other nonprofit organizations.
Posted by About at 6:20 AM